Hello, I’m MusiCommentator, and I made a post sometime back where I lamented about artists who revised their music after it came out.  However, today we are going to be talking about remixes, which is much different from that previous post’s subject matter.

According to a Wikipedia article (the most reputable information source on Earth), a remix is a piece of media–in this case, a song–that has been altered from its original state by removing, adding, and/or changing pieces of it.  While many dance remixes of songs can be found in clubs, the ones we will be talking about today are those from the artists themselves.  Many remixes can be found of popular songs, with the remixes sometimes becoming more popular than the original.  Not all remixes end up being better than the original.  Many times, in fact, the remix can sound worse.  However, today we will be talking about the good ones, as I will list my top 5 favorites remixes better than the original.  But first, some rules.

As usual, this list will be set up like all my other top 5s, where I list 5-2, gives some honorable mentions, and then reveal my number one pick.  For a song to make it to the list, it has to be released–or at least made–by the original artist.  It cannot be some YouTuber rapping over a popular song beat.  When I list a remix here, I will also be sure to say the original, and who was or wasn’t featured on it.  Now that that’s out of the way, let’s go to the list.

Original: “I Took A Pill In Ibiza” by Mike Posner

This song is the perfect example of a remix becoming more popular than the original.  Just looking at YouTube views, the original has 33 million views, and while that isn’t a bad view count, it barely compares to the 976 million the remix has garnered.  And, it’s more popular for good reason.  The original wasn’t that good.  It was a guitar ballad, but it was a bit slow, and it’s sad topics didn’t fit with the major key the song is composed in.

Once Seeb came in, though, they made the song a masterpiece.  The song’s lyrics are about Posner reflecting on his fadeout from fame, as his last hit song before this was in 2010.  Being an active member of the club life, Posner shows the downsides of this lifestyle with striking lines like “I took a pill in Ibiza/To show Avicii I was cool/And when I finally got sober, felt 10 years older/But f*ck it, it was something to do” and “You don’t wanna be stuck up on that stage singing…All I know are sad songs, sad songs”.  The dance beat created by Seeb for this song, too, exemplifies the theme of the song, as the beat breakdown comes right in as Posner sings of his sad songs, which is representative of the impossibility of getting out of the club life.  Most dance remixes of songs end up being shameless cash-ins, but this remix takes its source material and makes it so much more.

The Trap Lord himself comes with a small army of people to make a great remix!  Sometimes in rap, an artist will make a remix of a song that features an insane amount of people, like the Ace Hood “Bugatti (Remix)” which features 8 artists, or the Eminem “Detroit vs. Everybody Remix” that counts in at almost 20 minutes!  However, this is probably one of the best “posse remixes” I’ve heard in recent years.

Each of the rappers on this track combine to make what I like to call a “flex-a-thon”.  The beat is the perfect about of dirtiness and griminess to make it a true banger.  Busta Rhymes starts the song off with the kind of ridiculous flow he is known for, and it works as a perfect beginning.  Ferg comes next, and he uses a different verse than the one in the original, so I commend him for not just copying and pasting his work.  Rocky’s verse is probably one of the best guest verses he’s given, delivering an awesome multisyllabic rhyme scheme.  Dave East delivers some nice lines, including “I’m more Ali than Muhammad” and “I got some shooters in college/I feel like a coach, I’m recruiting and signing”.  After him, the track dips in quality with French Montana and Rick Ross’s verses, but it rebounds with a phenomenal verse from Snoop Dogg.  He hasn’t been giving good material recently, but his inflections and flow really make him stand out.  All of these verses make this track a great banger.  Sure, it sucks Remy Ma wasn’t included again, but this version stands high next to its original. 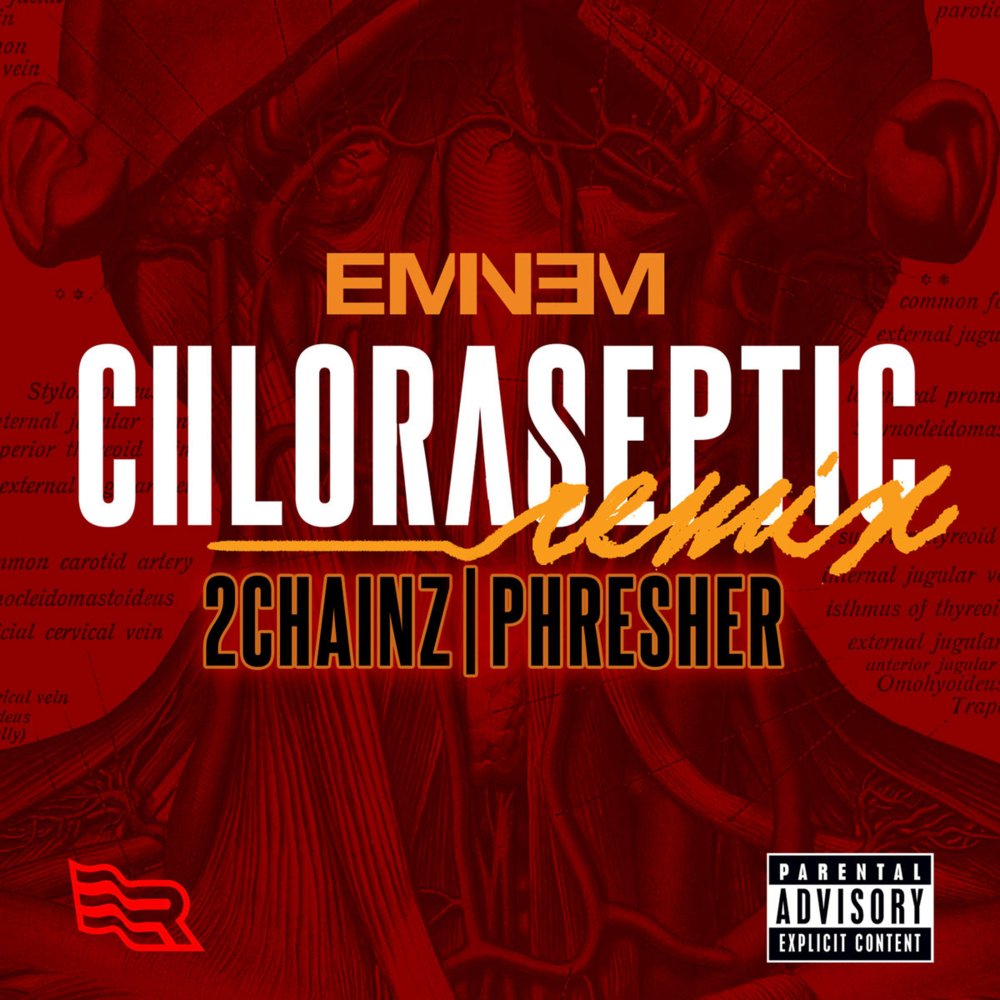 Pretty much everybody knows by now how much of a critical flop “Revival” was, with many calling it Eminem’s worst album (I liked it, but that’s not what I’m talking about).  “Chloraseptic” was one of the songs from it, and about a month after the album released, this track came out.  It’s the newest one to be featured on this list, and it deserves this spot.

The original is mediocre at best.  The hook–which is the same on both versions–is fine, but Em’s lyrics and flows are subpar.  On this track, though, all that changes.  It starts off with 2 Chainz.  Rumor has it that he was supposed to be on the original version, and after hearing this verse, I don’t know why he wasn’t.  It’s one of his best verses!  Most of his likability comes from the ludicrousness of his lyrics, but on here, his serious wordplay is actually good!  Lines like “In a fruit fight, I aim at your Adam’s apple”, “All of these stones on my neck, uh/They must have looked at Medusa” and “Your money shorter than an acronym” contain some genuinely good figurative language.  PHresher, again, gives his hook, but then delivers a killer verse.  His lyrics are similar to what he usually gives, but his “nonstop” flow makes it his best verse.  Then, of course, comes Eminem.  He undeniably has the best verse of the bunch.  Even though I enjoyed “Revival”, I was in shock when I heard this verse.  You have to hear it for yourself to understand what I mean.  It’s definitely worth checking out, and it surely makes it better than its predecessor.

#2: May I Have This Dance (Remix) (by Francis And The Lights, ft. Chance The Rapper) 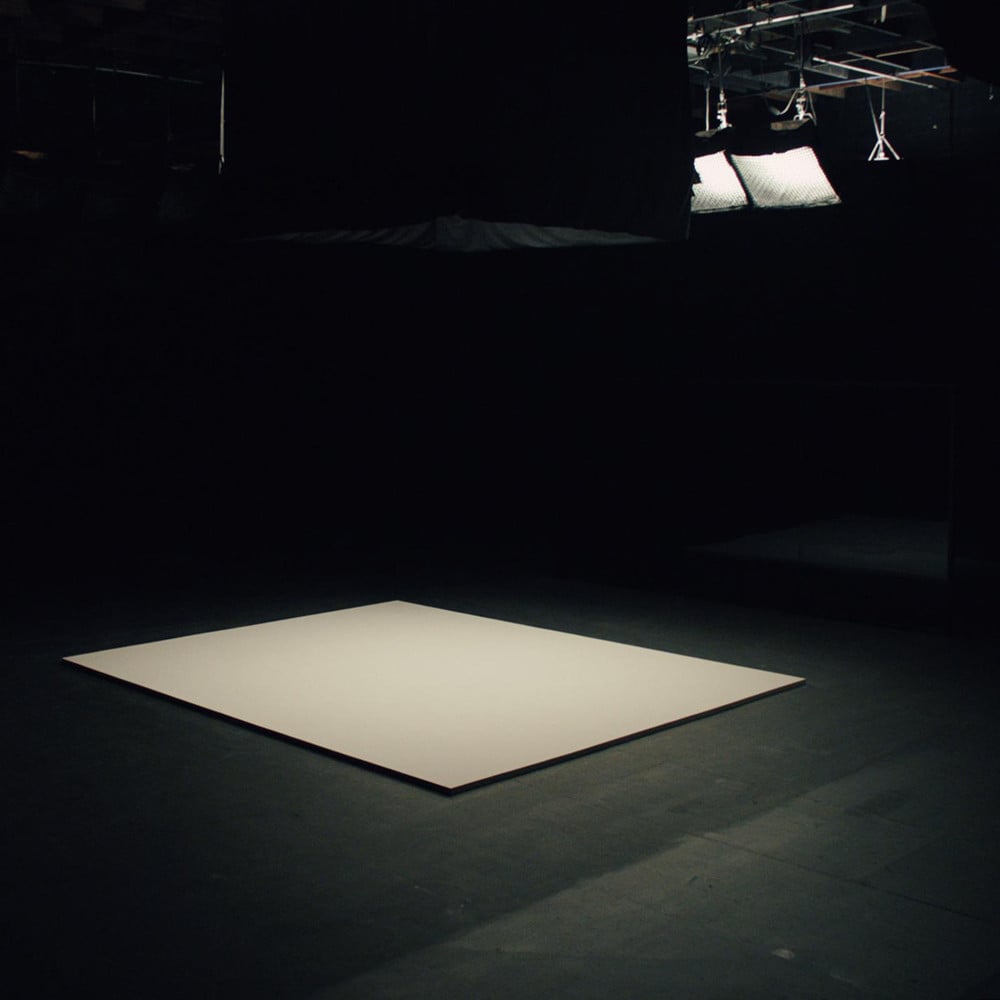 Original: “May I Have This Dance” (by Francis And The Lights)

Francis And The Lights, aka Francis Farewell Starlite, is a fairly new electronic act that was recently signed to G.O.O.D. Music.  He did some co-production on Kanye West’s “ye” and performed “Summer Friends” with Chance and Jeremih.  However, this song is one of Francis’s solo endeavors, and I’d say this remix was one of my favorite songs of 2017.

The original was very good.  The song is a cute ballad about wanting to simply dance with a lover.  The lyrics in the verses set it up like Francis and the other person are the only two in the world, and the large chorus becomes infinitely catchy the first time it is heard.  What really makes this stick out from the original, though, is Chance.  He takes a singing approach on this song, and he specifies who the girl is by making the verse about his daughter.  It is truly a heartfelt verse, and you can hear his emotions in lines like “You’ve got your, your mother’s eyes/You’ve got your, grandmother’s ring/You’ve got your daddy’s discernment” and “Said I love you more than your mother/More than you love yourself”, and who couldn’t love the line “One, two, one, two, always on beat/You must have been born with two right feet”.  This is one of the cutest songs I’ve heard, but it does it without being cheesy, and because of Chance, it beats the original.

But, before we get into one, let’s get into some… 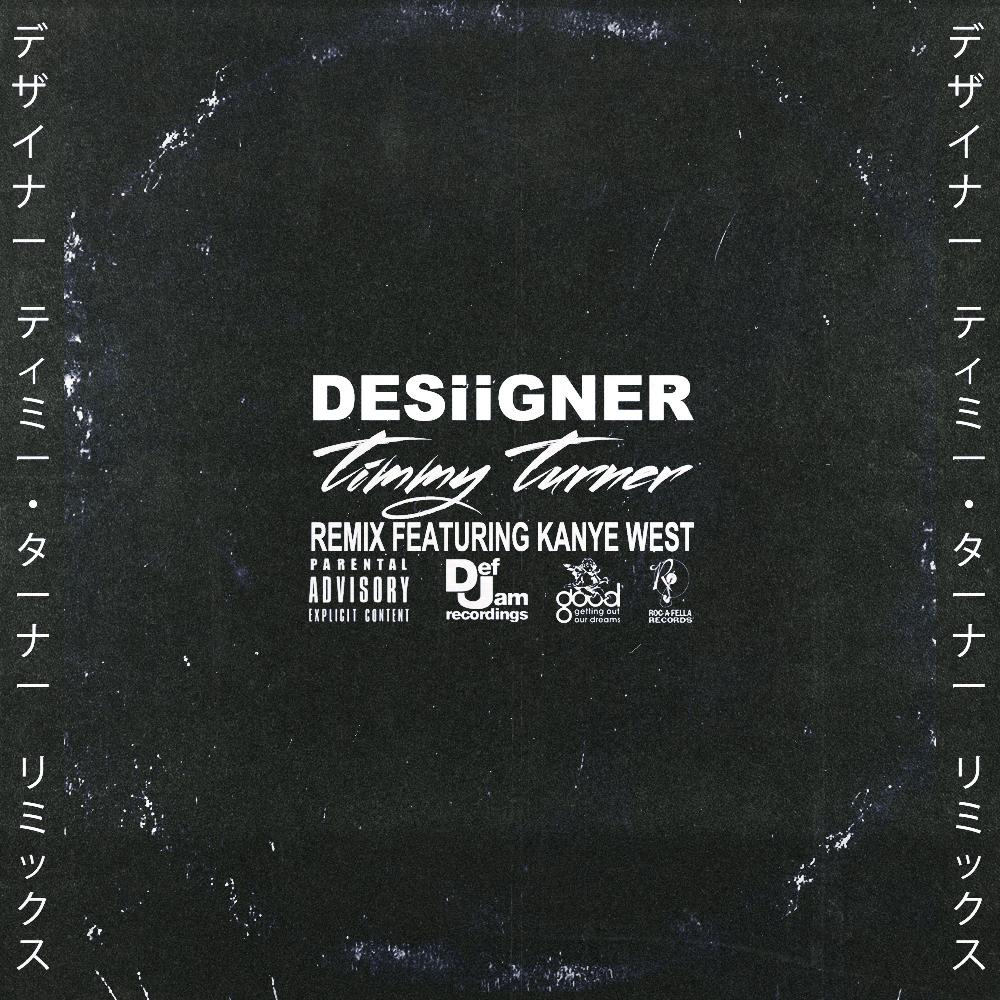 The original wasn’t that good, so Kanye pretty much makes this song.  However, his verse isn’t all good, as he has a hard time staying on topic.  His verse is good at spots, but not good enough to save this song. 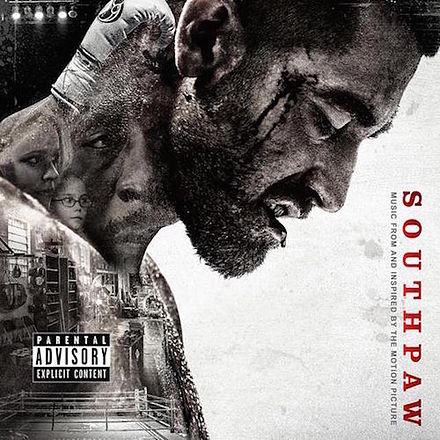 The original version of this song sucked.  It sounded like a couple of frat bros trying to make a terrible metal-rap fusion.  This remix improves upon it extremely.  Not only are the verses good, but the remixed beat works well with the rowdy chorus.  However, it was still not good enough to make the list. 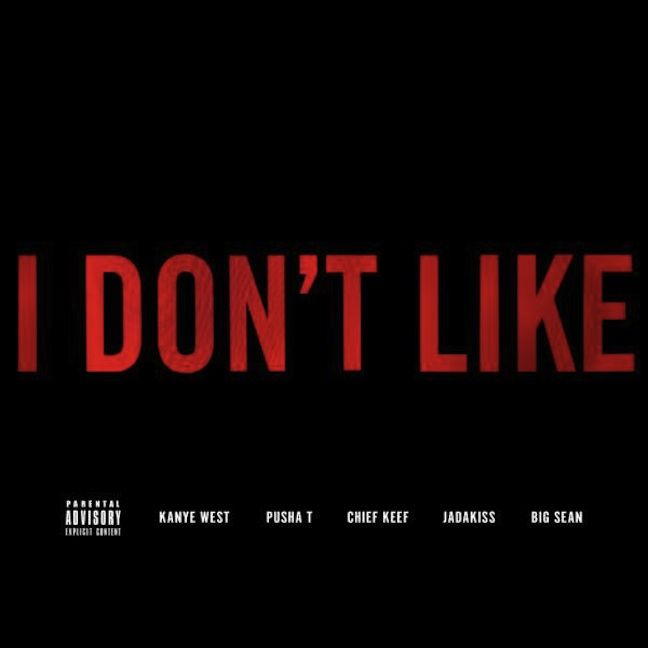 I was debating between whether I wanted this song or “I Took A Pill In Ibiza” to be on the list, but this song didn’t end up making the cut.  It’s definitely good, though!  The beat SLAPS, and Pusha T’s intro verse is severerly underrated.  However, not much happens after that.  Kanye’s verse is pretty good, but Chief Keef kind of brings the energy of the track down.  Big Sean’s verse is very weak, and Jadakiss sounds like he’s an oldhead trying to connect with “these kids nowadays”.  If you like the G.O.O.D. Music crew, though, you’ll definitely like this version over the original.

And now, the best remix that is better than the original is… 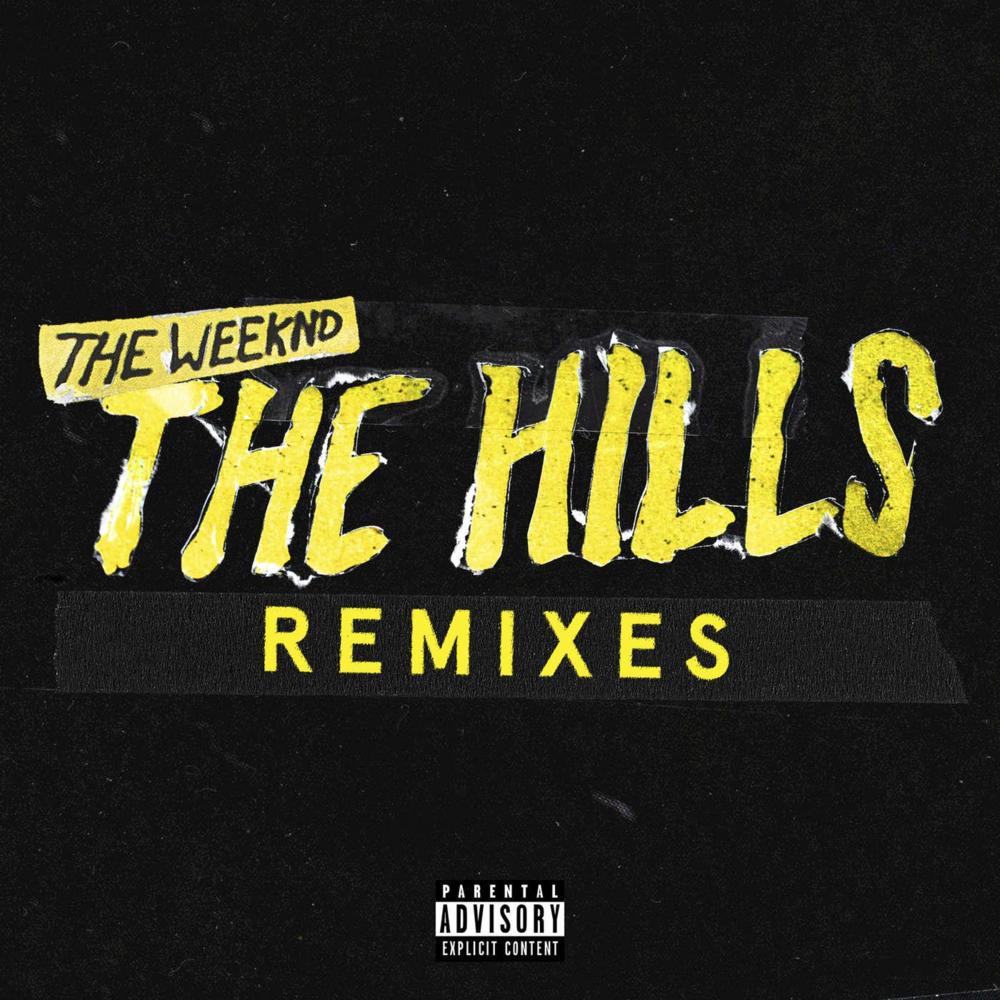 Original: “The Hills” (by The Weeknd)

This is one of the very, very, very few songs that I know all the words too and could easily sing along to it if I wanted to.  For this, I felt that I had to give this track the number one spot on this list.

Don’t get me wrong; the original version of this song is great.  “Beauty Behind The Madness” is easily The Weeknd’s greatest album, and the original version of this track is easily one of the best songs on that album.  However, Eminem’s way with words makes this track infinitely better.  The wordplay he offers his stellar, with great lyrics such as “[I] will be/Your pill refill and I’ll still be your addiction/You can touch a prescription, but don’t fill me” and “But tonight we don’t need those pills/Just the effects of each other, but we gon’ film/’Cause I will want your ex to see”.  Even the original version of this song is pretty misogynistic, so Eminem’s lyrics reflect this perfectly.  Slim Shady is known for controversy, so concocting these lyrics must have been easy.

Aside from the fact that we get two verses from Em, the rest of the track is very nice.  The chemistry between the two is a little striking, and The Weeknd still works well over this beat.  I would just have to say that everything about this track works, and even with the original being awesome, this version somehow manages to be better, so I had to put it at the number one spot.

4 thoughts on “Top 5 Remixes BETTER Than The Original”