Hello, I’m MusiCommentator, and I have not given you guys a top five in a while.  I know I have only done one before, but that was before I took my little hiatus, and I have been thinking about doing another one for a while, so I decided to make this little treat for you all.

Before I tell you what it is about, I will review the setup.  I will review the 5-2 spots, giving my reasons why they are there, go over some honorable mentions and why they didn’t make the cut, then give you my number one choice.  Simple enough.

If you don’t know, an EP, or an “Extended Play Record”, is a type of record containing about 4-6 songs and is used by artists and labels as promotional tools.  Going deeper, there are many reasons why an EP will be released.  It can be utilized to promote a new artist, let an artist dabble in a new style to see if it sticks, or to release some extra songs that would not be released otherwise.  Whatever the reason, I think some EPs are very underrated.  Most people, I believe, prefer to listen to albums over EPs, and I am one of these people.  However, there are many EPs out there that are overlooked simply because they are not in the mainstream.  But not to worry, dear readers, I am going to give my favorite EPs so you can have some good ones to listen to.

Keep in mind, I do not listen to many EPs, so I know there are a ton that I’m leaving out.  If you like one that is not on here, tell me in the comments, and I might give that a listen.  I know my own personality, and I will probably change the EPs I like and do not like, so this is just a list of my thoughts at the time of me writing this.  But, let there be no more hesitation.

Well, I guess I little bit more hesitation.  Let me just get the qualifications for the list out there.  To qualify for this list, the project has to be released as an EP with 4-6 songs.  That’s it.  Not really much to say about that.  As a special little thing, though, I will be stating my favorite and least favorite track from each project, just to give you guys the full experience.  Alright, let’s go, finally.

#5: If You Were A Movie, This Would Be Your Soundtrack (by Sleeping With Sirens) 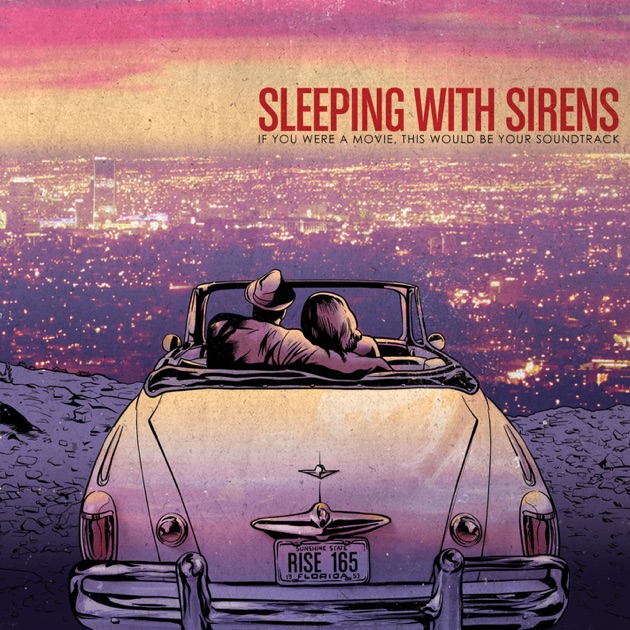 Now, on this website, you could say that I have not had the best track record (pun intended) with Sleeping With Sirens.  And, since I have stated before that I only like their first two albums, it’s surprising that I would be a fan of their most indie project to date.  But, I like this one.  It’s got its flaws, sure, but you can tell that it comes from a genuine place.  This feels a lot realer than any of their last three albums.  This EP takes the time to address some rocky love situations, and it does this well.  The highlights of the project are the “acoustic version” songs, all of them taking songs from their old albums and trading the electric guitar for an acoustic one.  It puts such an interesting spin on the old songs.  The other two songs are okay, as well.  “Don’t You Ever Forget About Me” has a catchy little chorus, and the song feels so cute and innocent that analyzing the lyrics give it a tongue-in-cheek humor.  “Roger Rabbit” is my least favorite cut, mainly because it feels boring compared to the rest.  Also, “Forget your name like they forgot” comes from this song, and it’s the worst line on the project.  But, if you’re into acoustic/indie music, I bet you would like this EP.

This is a complete 180 from the last one.  If you do not like that distorted bass style of trap found commonly on Soundcloud music (i.e. XXXTentacion or Lil Pump), then you probably will not like this EP.  If you can get past that, though, Denzel Curry has a treat for you.  I’ll admit, I do not like that style of bass, but this project blew me away.  Curry comes with some of his best flows on this project.  The eerie intro on “Bloodshed” makes the listener unsure of what’s to come, but when the verse starts, it’s all bars.  The great lines keep coming with “Hate Government”, which is too short for justice.  “Equalizer” is not as good as the previous two, but Ronny J’s autotuned crooning gives the song a good vibe.  “Heartless” is my favorite track because of Curry’s bizarre accent, which works surprisingly well with the beat and flow, and the chorus on this is fantastic.  The last track, “Zeltron 6 Billion”, is only my least favorite because it does not have the same feel and style as the rest of the project, but it’s a good track nonetheless.  Even if you do not like the distorted bass style, I would recommend this project.  Just get past the bass and Denzel Curry will give you an experience you won’t forget. 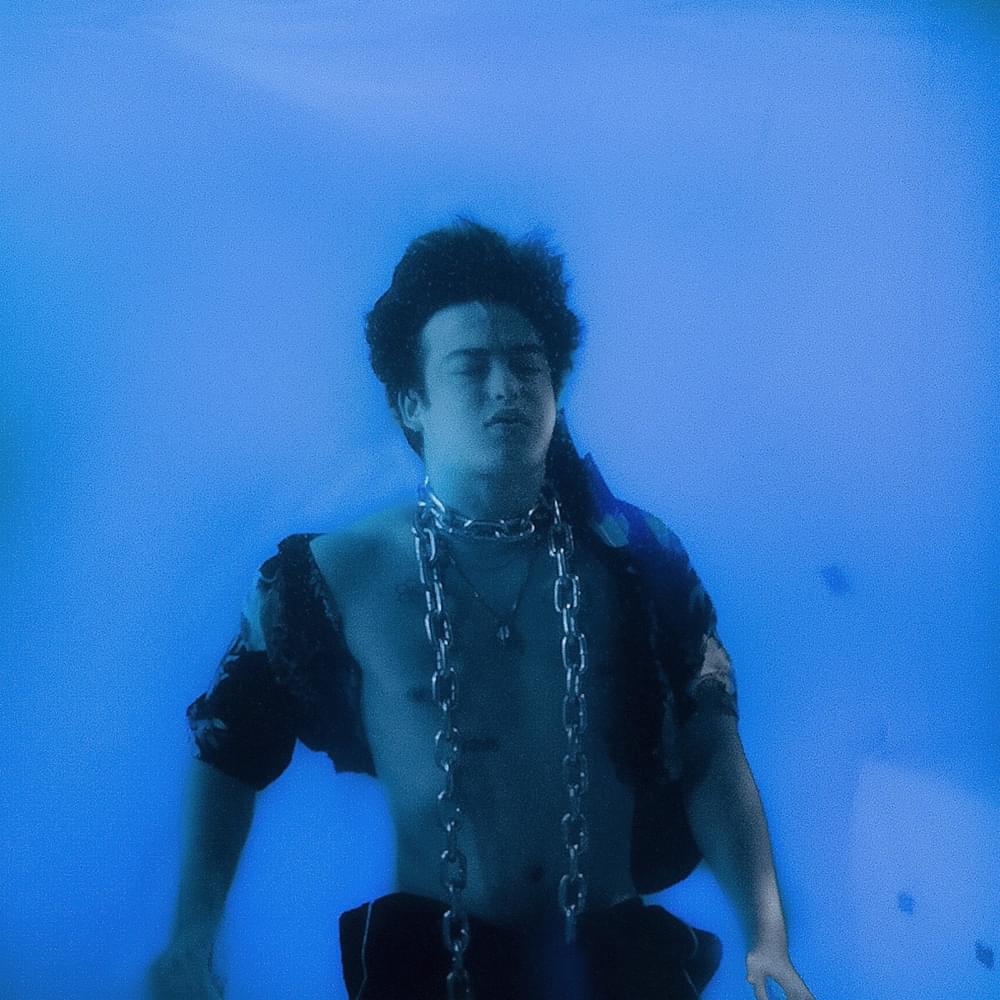 No one ever thought that Filthy Frank/Pink Guy, an internet sensation known for his meme videos and popularizing the Harlem Shake, would give up his occupation in comedy to pick up a serious singing career, but here we are.  I’m sure most people were unsure of what would come out of George Miller from this EP, but under the moniker Joji, he successfully made a great project.  Since he rapped when he was Pink Guy, he could have taken his serious music in virtually any direction he wanted, but he opted for a form of moody, lo-fi trap reminiscent of XXXTentacion’s recent album “17“.  The EP starts off strong with “Will He”, the best track on the project.  Joji’s voice is filled with so much emotion, and the soft piano backs the track perfectly.  It may be the best song I mention on this entire list.  “Pills” is not as good, and has kind of a chaotic chorus, but the hook is alright.  “Demons” and “Window” are songs to vibe to…in a sad way, obviously, and “Bitter F*ck” is an introspective look at the artist to how a breakup affects himself.  Most of the songs on here are great pieces of emotional retrospection, but the only one I do not like is the last one, “worldstar money (interlude)”.  The loud acoustic guitar drowns out Joji’s voice too much to comprehend it, and when the drums come in, the instrumentals clash more than two tribes at war with one another (if that analogy makes sense).  If you like gloomy, minimalist, lo-fi music, though, I would heavily recommend this EP to you.  For one, I’m excited to see what else he has in store. 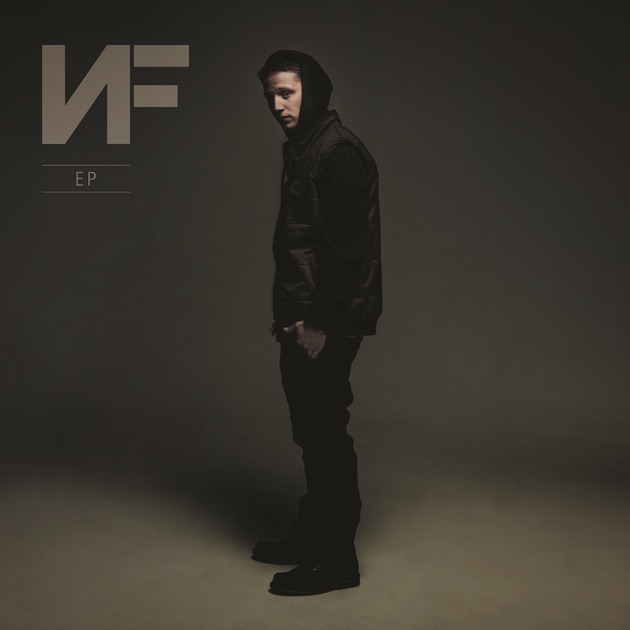 Christian rapper NF has grown exponentially in fame due to the popularity of his first two albums “Mansion” and “Therapy Session”, but before that, he released an EP with Capital Records that helped him get to where he is today.  The first two tracks, “All I Have” and “Wake Up”, were also featured in “Mansion”.  They are a great thesis statement to NF’s career, as they show his thoughtful side seen throughout many of his other songs.  They talk on his struggles to make it into the music business and the hesitance of people to change themselves, respectively.  He takes a couple songs to address the heavily-addressed topic of love.  “Only One” talks about a perfect relationship he never wants to give up, and “Thing Called Love” dives into the darker side of love and how people see it differently from others.  “Hands Up” is my least favorite of the tracklist, but this is mainly because I think the chorus tries a bit too hard, but the verses are decent.  The EP is rounded out well with “Just Being Me”.  As the first song talks about having to conform to get into the music business, this song is him saying that he will not change to anyone’s standards.  The greatest part about this EP is it’s variety.  There are so many themes in this project, and NF handles them all spectacularly.  Definitely give this one a look.

Now, before I get to the number one EP on this list, let me give you a few… 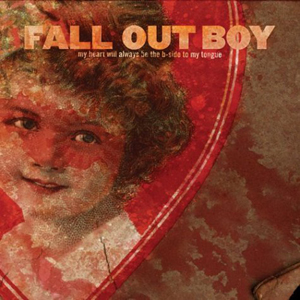 Wait A Minute (by Phresher)

I do not expect everyone to like Phresher’s style of rap, but I find it interesting.  He uses pretty stereotypical trap beats, and his lines are no spectacle, but the energy he brings to his track is unrivaled.  You can tell that he has a passion for rapping just by his flows.  Again, you might not like this EP, but I would not disregard it completely.

Now, it’s time to tell you the best EP of all time, which is…

Best Track: All of them besides “Outro”
Worst Track: Outro

While having the shortest tracklist out of all the EPs here, I would have to call it the best one.  This utterly underrated EP was the product of Ed Sheeran and Yelawolf meeting up for a day and the studio and crunching out a few songs.  You heard that right: this whole EP was made in one day!  It’s phenomenal!  As you could see in the “Best Track” section for this, I really did not specify a certain song, and that is technically cheating, but I felt that picking one song would be a disservice to the others.  The first one, “London Bridge”, displays Yelawolf’s amazing story telling skills, and Ed Sheeran delivers the best chorus on the EP.  The next track, “You Don’t Know (For F*ck’s Sake)” gives us a rap verse from Ed Sheeran, but Yelawolf takes the show with some great lines like “You been playing fools, like a steel drum/Pulling out early, and they still come“.  “Faces” is another great track that talks about the consequences of fame, with a powerful and unforgettable hook.  Gosh, there is so much good in this EP.  The only song that I do not personally like is the “Outro”, and that is only because Ed Sheeran is almost nowhere to be seen on it.  Otherwise, Yelawolf gives a good verse and the beat works fantastically with his flow.  I would have never thought Ed Sheeran and Yelawolf would have worked so well together.  If you were to pick one EP to listen to out of this whole list, I would say this is the one you should pick.